Helm was brought on board by the Mortenson Construction for the coordination and construction of the MercyHealth Riverside Campus through an interview and estimate selection process in January of 2017. AECOM was MEP Engineer of Record.

The BIM coordination process began in earnest in March 2017 upon receipt of construction documents with installation slated to begin in early April 2017.  The completion of the BIM coordination process was early September 2017.  Construction substantial completion for the new hospital was set for September 2018, with first patient scheduled for January 2019.  The schedule was met and the hospital’s first patient arrived on January 5, 2019.

The 585,000 square foot women and children’s hospital consists of a seven story hospital totaling at 481,000 SF with an attached 84,000 SF four story clinic. 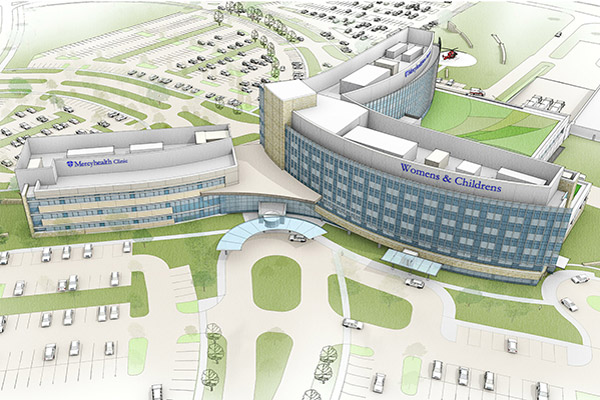